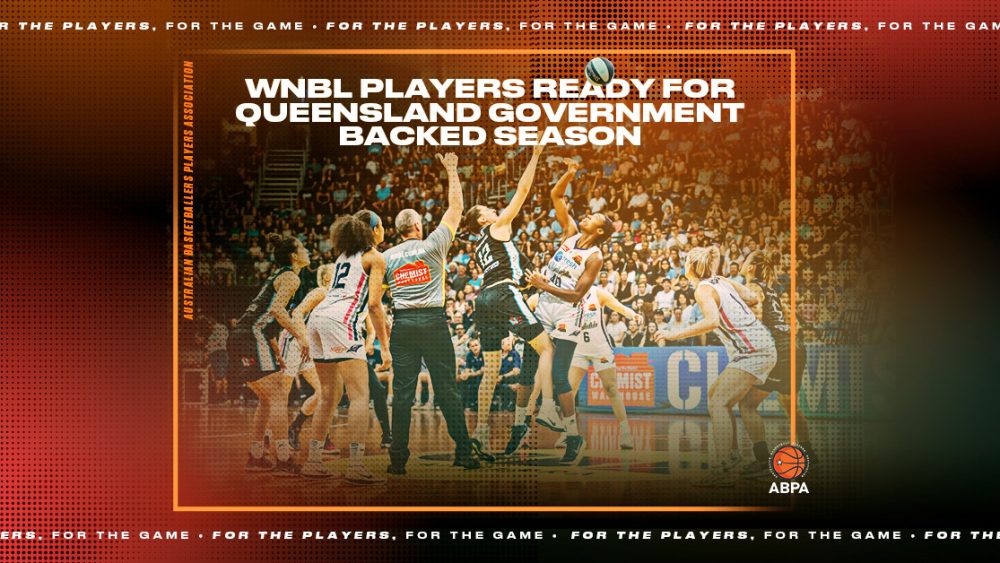 Australia’s WNBL players have welcomed the Queensland government’s investment, promotion and support of a shortened hub WNBL season in November and December.

WNBL players, through the Australian Basketball Players’ Association (ABPA), have come to an agreement with Basketball Australia on the Queensland government partnership, enabling players to return to the court and showcase their elite talent in North Queensland from November 12.

“Without the support of the Queensland government we wouldn’t be able to have a WNBL season, and in a year so heavily impacted by bushfires and COVID-19, it is great to see Queensland backing women’s sport and acknowledging the positive impact it has on communities,” ABPA WNBL Delegate and UC Capitals co-captain Kelsey Griffin said.

The season will come with significant challenges for players, who will take a 15 per cent pay cut. This reduction is capped at $13,000, the minimum wage required in the WNBL.

“We as female athletes understand the sacrifices that need to be made to play sport, especially this year,” Ms Griffin said.

“This season is set to be the most challenging ever in the WNBL. Our usual performance resources will be left at home and many of us are sacrificing alternative employment and study to make this season possible. We also had to make the difficult decision to take a significant pay cut or not have a season at all.

“The schedule is extremely condensed, 14 games in 32 days, leaving players and coaches with limited preparation and recovery.

“But we are up for this challenge and have committed to support each other, the game and all the people who make it possible.

“With a massive contribution from the playing group, alongside the Queensland government’s generous partnership, we are dedicated to showcasing an unforgettable WNBL season.

“I encourage all sports fans to tune in or turn up and watch one of the top basketball leagues in the world in a season that will be like no other.”

ABPA CEO Jacob Holmes was positive about the 2020 season announcement and the work done by all parties to enable the substantial investment into the WNBL by the Queensland government, while highlighting the sacrifices made by the players to ensure the season goes ahead.

“Players have been willing to do everything they could to ensure we have a WNBL season in 2020, including moving into a hub and taking a significant pay hit,” Mr Holmes said.

“The ABPA is holding active discussions with Basketball Australia as the governing body and operator of the WNBL, to ensure that all player safety and necessary COVID-19 compliance measures have been put in place to run a safe and successful season.

“This season will take more from players than ever before, and this sacrifice is something that the ABPA is acutely aware of – we will be stepping up to contribute an additional $50,000 to support WNBL players. This is over and above the $100,000 already provided to Australian basketball players and we will also be providing a range of other wellbeing support services.”

“The players are doing all that they can to support the WNBL and ensure everyone can get back on the court and deliver a world-class product, and for this they deserve immense credit and thanks.”