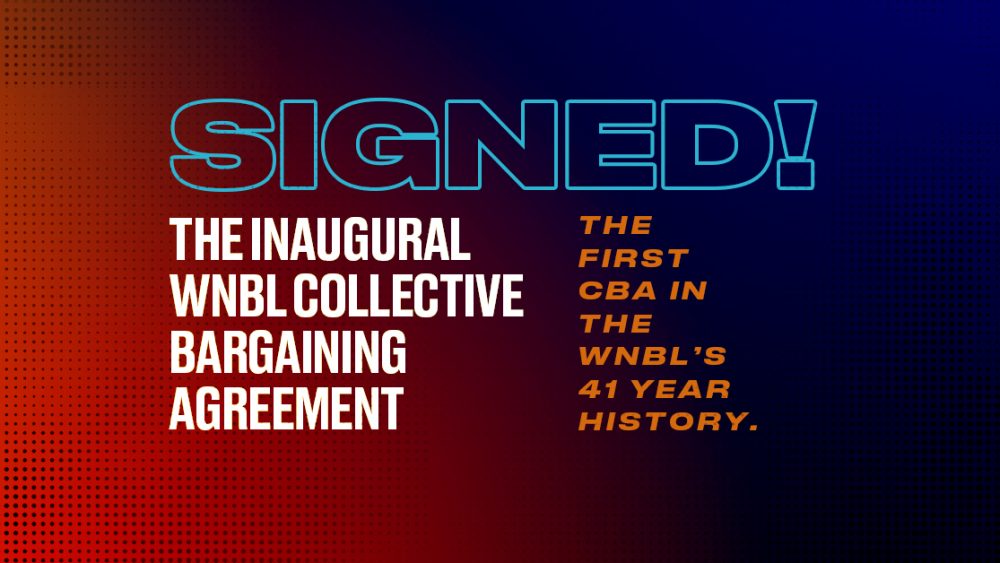 WNBL Players and Basketball Australia agree to first ever CBA

The Chemist Warehouse WNBL has taken a major step towards professionalism after the players, clubs and Basketball Australia signed off on a Collective Bargaining Agreement (CBA) for the first time in the league’s 41 year history.

The CBA establishes minimum professional standards for all players across the league and elevates women’s basketball in Australia to compete with the conditions for athletes from other sporting codes.

“Signing the CBA was an incredibly proud moment, and was the culmination of years of hard work from WNBL players past and present,” Mrs Hodges said.

“For the players, it establishes the minimum standards and puts us on our pathway to professionalism, which ultimately will result in a stronger league and benefit everyone involved in our great game.”

Speaking on behalf of Basketball Australia, Lauren Jackson said the introduction of the inaugural CBA is yet another step forward for women’s basketball in Australia.

“The WNBL is the longest running elite women’s competition in Australia and is revered as one of the best leagues in the world. The introduction of the first ever Collective Bargaining Agreement for the WNBL is yet another step forward for the women’s game in Australia, as we continue to look for ways to be the best we can be both on and off the court.

“As a former WNBL athlete, the introduction of a CBA has been discussed for many years and I would like to highlight the united approach by the players via the Australian Basketball Players’ Association, members of the WNBL Commission and the CBA working group, plus Basketball Australia for getting this inaugural CBA implemented.

“While 2020 has been a challenging year for sport against the backdrop of the pandemic, Basketball Australia and the league stakeholders have been able to get a season underway, negotiated the best ever broadcast arrangement in WNBL history and have now signed off on the league’s first ever CBA; things are looking very positive for Australian women’s basketball,” concluded Ms Jackson.

ABPA CEO Jacob Holmes said all parties were committed to coming to an agreement, despite the challenges that have faced basketball and sport in 2020.

“After years of hard work and negotiations, the players were determined to set new professional standards through establishing a CBA in 2020 and appreciated the collaborative negotiation process with Basketball Australia and WNBL clubs.” Mr Holmes said.

“While there’s still work to be done, the WNBL is well positioned to prosper with professional players who are committed to growing the game and positively impacting the community.”

The 2020 Chemist Warehouse WNBL season is currently being played out of a North Queensland hub, with the condensed 6-weeks season set to concluded on December 20.