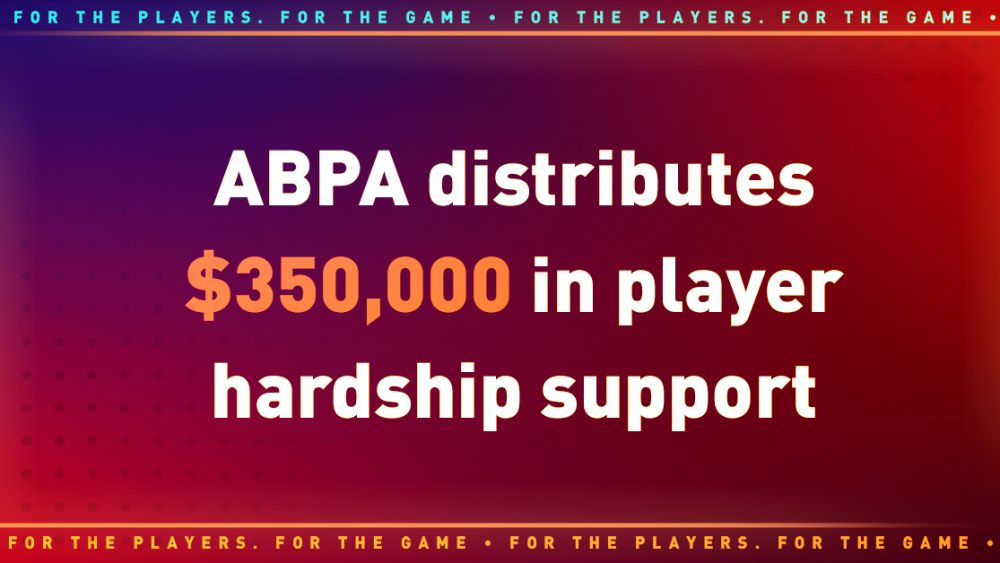 The Australian Basketball Players’ Association has committed $350,000 to players through its Hardship Fund, including additional funds to NBL players who have been affected by the extension of the season.

ABPA Chairman, Greg O’Neill OAM, the current President and CEO of $12 billion asset manager La Trobe Financial, has played a key role in getting the fund established which has helped players manage the significant financial impact of COVID-19 on Australian basketball.

This has included NBL and WNBL players affected by pay reductions and season changes, players who didn’t qualify for JobKeeper support due to their employment status, unemployed players and those who lost income through the cancelled NBL1 competition.

“COVID-19 put the livelihoods of players at risk, and was a significant threat to our sport,” ABPA CEO Jacob Holmes said.

“With this in mind, we believe that tangible action was required to demonstrate that we were all in this together.

“We’re very proud of the financial support that we have been able to provide with the significant and hands on involvement behind the scenes of our Chairman, Greg O’Neill. This support has had a real and immediate impact on our members and their families while also preventing job losses and ensuring leagues remained viable in what was an extraordinarily challenging time for Australian basketball.”

Beyond the Hardship Fund, the ABPA significantly increased its investment in player wellbeing to deal with the challenges of the pandemic, dedicating a fulltime wellbeing expert and a part-time psychologist to players in the WNBL and NBL Hubs.

A number of players were provided with Mental Health First Aid training to be able to support their teammates.

The ABPA has also paid close to $30,000 for COVID pathology testing for many players, coaches and staff, ensuring the safest possible competition.

“The effects of COVID-19 were much broader than just financial, health and wellbeing were a major concern for our Association,” Mr Holmes said.

“Players had to leave loved ones, jobs and their usual routines to spend weeks locked down in a hub environment, and it was incredibly important to ensure that there was access to professional wellbeing and psychological support whenever it was needed.

“And when players returned to the court, we had to work with the leagues to ensure that player safety was the highest priority.”

Illawarra Hawks captain and ABPA Delegate AJ Ogilvy said the future would’ve been uncertain without the support of the Association.

“As the pandemic impacted our sport, it became about players supporting players through the ABPA, and it was incredible to see players unite from across all clubs and find powerful solutions,” Ogilvy said.

“As someone who received monetary support from the ABPA during the uncertainty of COVID-19 it certainly eased the pressure during a really tough time, and without this support, the future for the players and our leagues would’ve been bleak.

WNBL star and ABPA Delegate Bec Cole added: “Players’ Associations are known for Collective Bargaining Agreements, contracts and other workplace issues, but many people don’t know about the incredible work that is done behind the scenes to equip players with wellbeing resources and skills, education and preparation for life outside of sport.

“Through COVID-19, we saw just how important these services and the ABPA is to basketball players. The support given to us was very generous, and it hasn’t gone unnoticed. The ABPA not only cares about us as players, but as people too.” 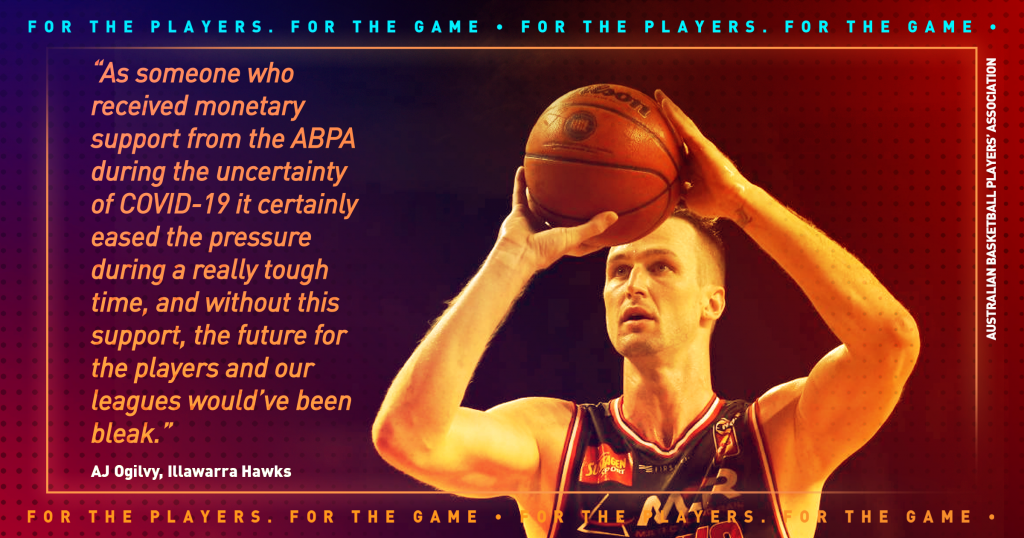 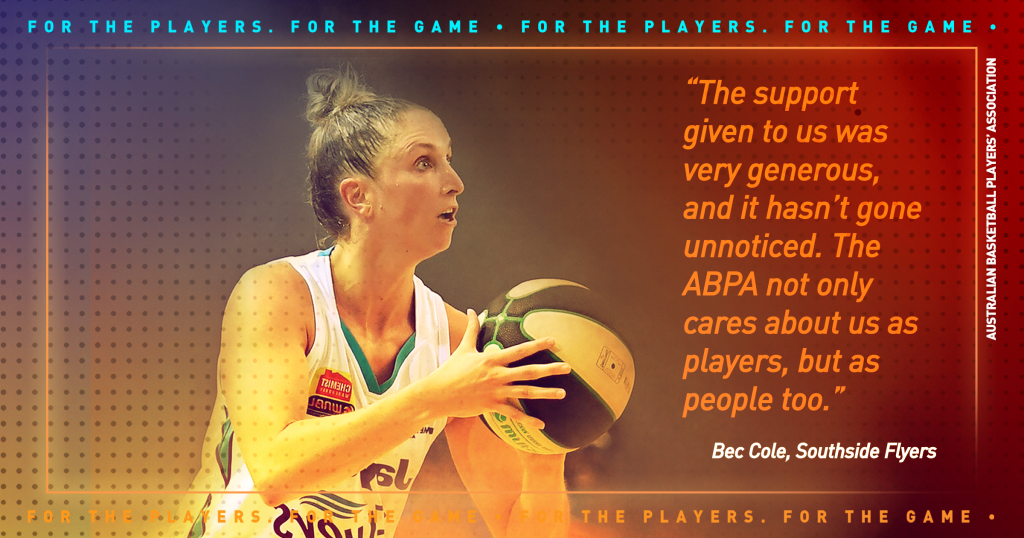 About the Australian Basketball Players’ Association:

The ABPA is the representative association of Australian basketballers. The ABPA is run for the players, by the players in the best interest of all players and the game of basketball.