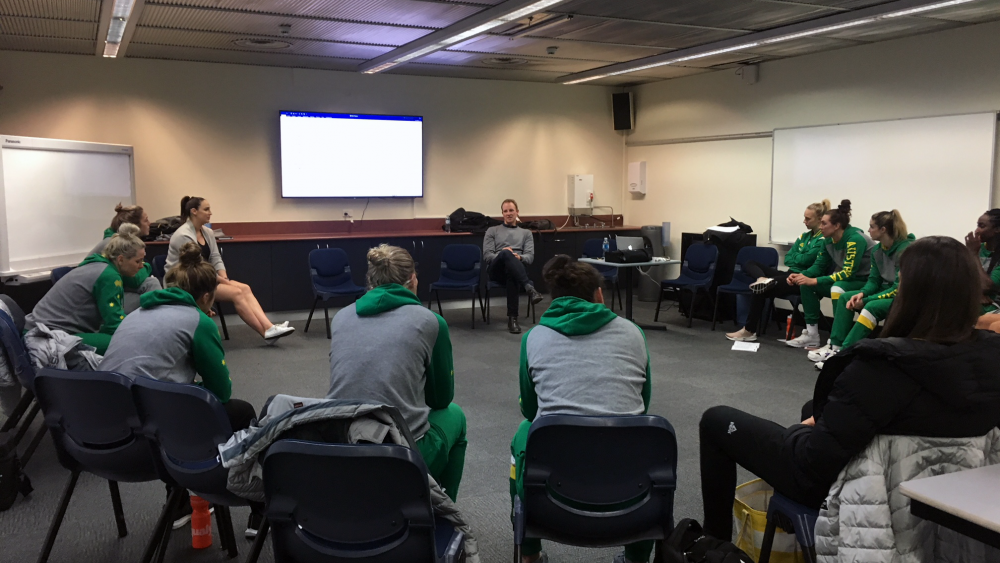 With just over a month to go until the FIBA Women’s World Cup in Spain, the Opals are turning their focus to the tournament in Tenerife.

This week the Opals squad for the tournament will be announced as the team prepares to take on the world in September.

The opening match tips off on Saturday 22 September and a gathering of Opals in Canberra last week gave the players the feeling that the World Cup is just around the corner.

The Opals have been drawn in Group B against Turkey, Argentina and Nigeria and met with the ABA to engage in important discussions about maximising the game’s potential in the short and long term, including next month’s tournament.

“It definitely feels more real now,” Ebzery told australianbasketballers.com.au. “The tournament’s just around the corner, and when we came together last Tuesday you could feel the excitement in the group.”

Last Tuesday’s meeting was convened between the players and the ABA in order for the Opals to provide feedback on the ABA’s current player support services and establish processes to ensure the Opals achieve success on and off the court ahead of the World Cup in Tenerife.

The ABA and the players also commenced discussions around setting in place a vision and plan for women’s basketball in Australia, including the 2020 Tokyo Olympics and 2024 Paris Olympics.

“It’s really important for us to be able to connect with the ABA and have discussions with them about the state of the game from a player’s perspective. It gives us peace of mind that the ABA can support us by putting processes in place in the lead up to the World champs to make it as easy as possible for us to compete as athletes.

“Women’s sport has gone from strength to strength recently and we’ve always felt that basketball has been really strong in Australia for a long time. While we’re happy in many aspects, there are always ways we can improve the game and so it’s valuable to have these discussions.”

The meeting was attended by all players attending the camp in Canberra and the ABA was represented by CEO, Jacob Holmes, Head of Women’s Basketball, Laura Hodges, and Player Development and Wellbeing Manager, Petah Gibbs.