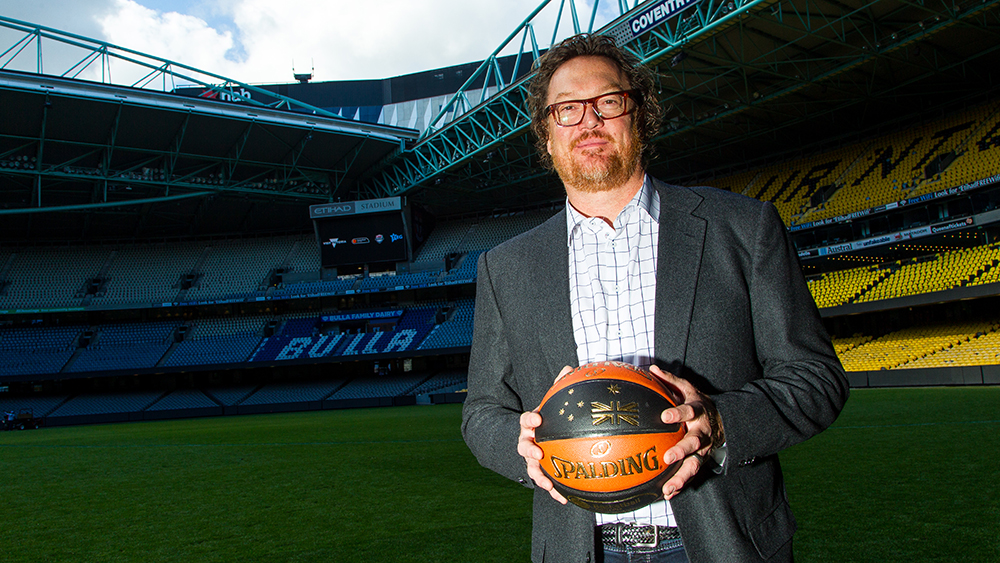 Luc Longley believes the next 12 months hold immense potential for the Boomers with next year’s showpiece against Team USA in Melbourne likely to ‘catapult’ the Aussies into medal contention.

In a clear ‘to be the best you have to beat the best’ message, the Boomers assistant coach welcomed the opportunity to reignite the USA rivalry on home soil in 2019, as the Boomers take on Team USA at Etihad Stadium next August.

Reunited with NBA great and US gold medalist Allan Houston of Team USA and NBA fame as tickets were launched for the two-game series on August 22 and 24 at Etihad Stadium on Monday, a nostalgic Longley set his sights – and the bar – on the US matches.

Labelling the USA team as the ‘gold standard’, Longley said the current Boomers generation could set themselves up for success at the 2019 FIBA World Cup in China on the back of a solid showing. But given Longley’s previous non-medal experiences at international tournaments, the 2.18m giant understood the team would be judged on securing a top-three placing.

“I have great memories playing against the Dream Team,” Longley said. “I suppose for me, looking forward, I’ve been to three Olympics and come fourth twice, missed one and we came fourth and then as a coach in Rio came fourth.

“People want to talk about this being the best ever men’s team we’ve ever assembled, but not yet. I think the proof will be in finishing better than fourth [at the FIBA World Cup].

“As staff, we have to look around and say ‘well how do we do that’ [finishing higher than fourth] and the clear and obvious answer is to play the gold standard, the best in field, and we all know who that is both on and off the court.

“To have the chance again to rub shoulders with Team USA and enjoy the rivalry and also learn and sharpen our teeth on them, just makes me optimistic about getting a first men’s medal. That’s what I’m here for, that’s what Australia Basketball is here for.”

Despite the USA’s perennial dominance, Longley believes that the Boomers are better equipped to compete with their opponents next August.

“We do have the tools now to compete at a higher level than we ever have before but we still need to get the runs on the board. To me that is the most exciting thing about this event; it will catapult us into real contention for a medal.”