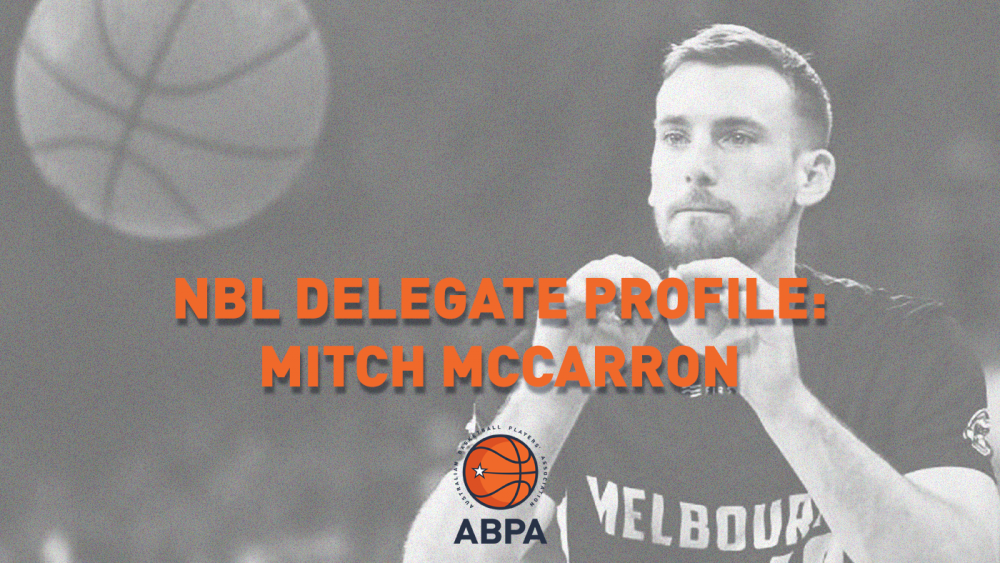 After suffering a recent injury setback on the court, Players’ Association delegate and Melbourne United shooting guard Mitch McCarron has set his focus to development off the floor. While ensuring he bounces back stronger for the upcoming NBL season through his rehab, McCarron is also taking the opportunity to consider his future after the game.

The 27-year-old, who was born in Alice Springs, signed with United in 2018 after a season with Petrol Olimpija – prior to that he was with the Cairns Taipans – and moved to the Southland Sharks in New Zealand during the NBL off-season. However, a niggling knee issue that wouldn’t settle – a piece of cartilage had broken off and was floating near his knee joint – eventually led to surgery. And with rehab came spare time – time McCarron has put to good use to think about transition into work after his playing days are over.

“I’m feeling really good following the surgery in May,” McCarron told the ABPA. “The staff at United have done a great job in managing my rehab program and continuing to come with new ways to challenge me in the weight room. The focus has mainly been on re-gaining mobility and strength and making sure that everything is pain-free before advancing.”

“Fitness training is becoming a part of every workout, as it’s been a couple of months since I’ve been able to run and move the way I need to. I’ve been in the pool and also had conditioning integrated into my weight room sessions to help manage the load of running on my knee. It’s always a struggle after taking time off, but it feels good once you start to find that second wind.” 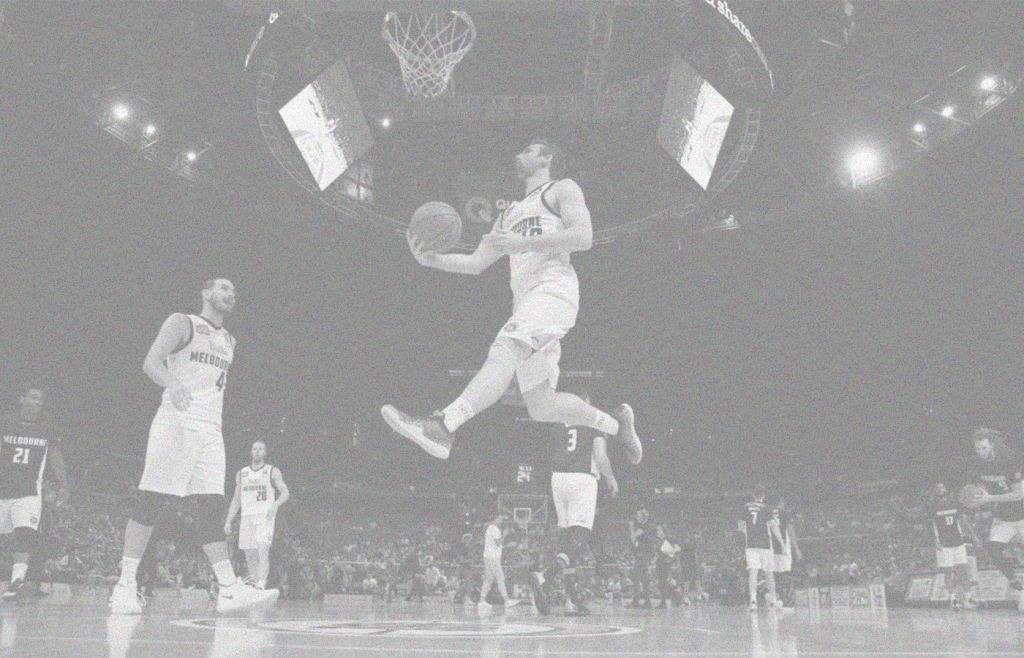 McCarron made contact with the Association last year about off-court development and subsequently undertook a work placement at La Trobe Financial in Melbourne in August, helping him to frame his thinking around career transition. Now, it has helped him make the most of his time away from training.

“It’s been a really interesting time for me away from the floor, and I think an overall positive one. The idea of playing pain-free was an exciting thought, rather than worrying about the possible negative consequences of surgery. It’s been a good opportunity to get back to basics in the weight room, focusing on each exercise and why I’m doing it. I’ve also had a lot of time to think about some opportunities away from the game of basketball.

“I reached out to the Petah and the ABPA before the beginning of last season about up-taking some work experience once per week. They had mentioned the potential benefits of having work outside of basketball while we are still playing, and it was something I wanted to try for myself. Petah put me into contact with La Trobe Financial and I was fortunately given an opportunity to get some extra work.

“I would have loved to spend more time in the office, because I found myself enjoying the simple things, I would perhaps take for granted in a different position. Learning new procedures and systems, gaining more knowledge about the financial world, and making some new friends who all have different backgrounds was really beneficial.”

“It was a great chance to get out into a different industry and test myself in a different environment. If anything, the experience has shown how hard I would need to work post-career, as many of my peers in the next job could have ten to fifteen years of experience ahead of me.”

Despite McCarron identifying gaps in his knowledge compared to established employees at La Trobe Financial, he said it was promising to see the skills he has developed within the game of basketball can translate into the corporate world.

“I found that so many things carry over from the court, and vice-versa. Being organised is so important as a professional athlete, and something that you can apply to everything off the floor as well. Making sure you’re early to everything and making sure you have all of the things you need around you to perform. Accountability is a big one, knowing your role and doing your job for a greater purpose.”

At the end of #NBL19, while playing for the Southland Sharks in off-season, it was identified that Mitch's knee injury needed attention. In early May he returned to Melbourne for surgery. 🎥 Melbourne United Media have been with Mitch every step of the way to share with you his full road to recovery.We are so pleased with Mitch's progress & all things are looking up for #NBL20!Stand United with us, become a member today: http://bit.ly/2b2W7rD#WeStandUnited

While a future career in finance is a possibility, McCarron said his objective is to stay in basketball in some capacity after he retires from playing. However, his work experience has at the very least allowed him to start to think about and plan for the future.

“I would love to stay in basketball after I finish playing, whether that be coaching, junior development or even working my way into management positions. As I’ve grown older, I‘ve learned more about how professional clubs operate, and it’s given me some ideas as to how we can build and grow the game of basketball even further.”

As an NBL delegate, McCarron continues to take a leadership role within basketball, allowing him to develop important negotiation and representation skills with the ABPA which will help him with his career off the court in the future. 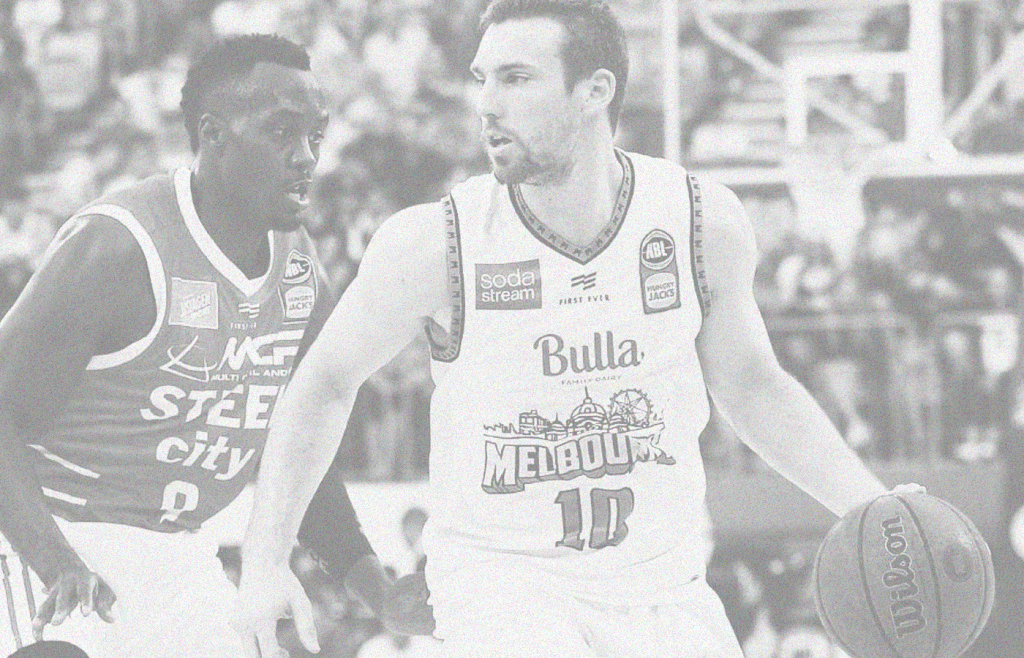 “The delegate role essentially includes communicating key points and changes that concern our clubs, in my case United. Chris Goulding and I attend meetings with the ABPA along with other delegates around the league and voice the queries and concerns that our teammates might have. The delegates, along with other important contributors, helped to shape the new CBA, for example. The goal is to constantly create a better environment for all, while continuing the success that our league is currently experiencing.

“The ABPA has helped me understand more about professional sport, and the amount of background work that goes into keeping it alive. For myself, the opportunity for networking and work experience is something that is extremely valuable. As athletes we can make so many improvements in this department, and we’re incredibly lucky to have a group of people that want us to succeed in life as much as we do on the court.”

With his experience through La Trobe Financial and his work as an ABPA delegate, McCarron has taken the important step in considering his future and his transition into life after the game.

“We can’t play this game forever, and at some point, we will all need to find work in one way or another.

“I would encourage any athlete to find a passion away from their sport and begin working towards gaining experience in that field too. We only have a limited time as an athlete, so use that platform and make the most of it.”

La Trobe Financial is a partner of the ABPA