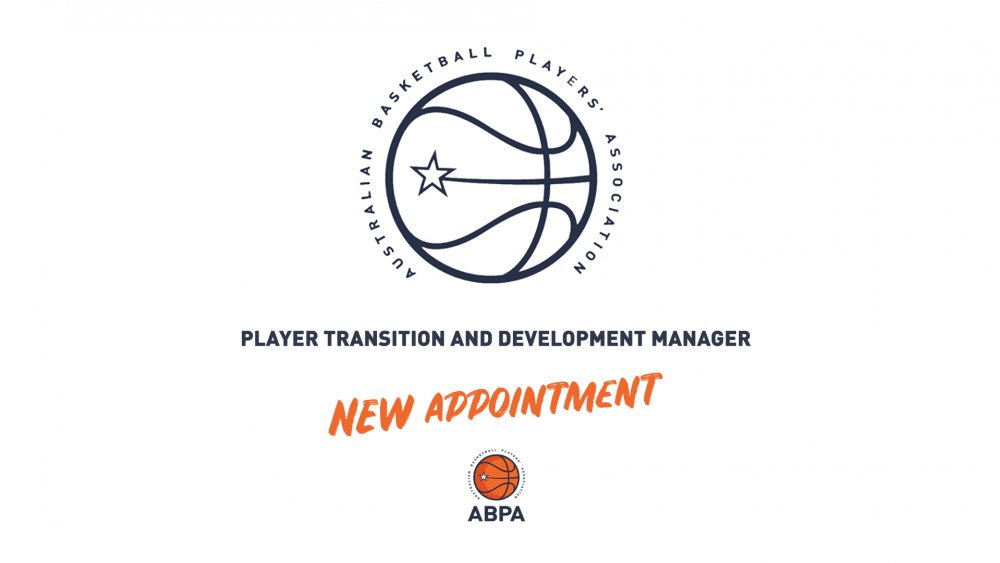 The six-time NBL champion joins the ABPA’s Player Development Program after commencing a career in sports administration, following his decorated career as a professional athlete during the 1990s and 2000s.

Stiff has previously held the role of High Performance Manager at Collingwood Football Club in the AFL, where he assisted athletes in understanding the psychological, health and wellbeing components of their careers.

With the ABPA, Stiff’s focus will be on helping NBL players understand and adequately prepare for the three phases of career transition; before, during and after the game.

Commenting on his appointment, Stiff said he was energised by the opportunity to work with Australia’s professional basketball players.

“I’m delighted to be involved with the ABPA and in particular to ensure players are aware of the fantastic resources they have available to them through the Association to help them navigate their careers,” Stiff said.

“It’s therefore important for athletes to understand my role is about helping them manage themselves during those three core components of their professional career.”

ABPA CEO Jacob Holmes said that Stiff would be a welcome addition to the organisation’s player development offering, with transition being a key component of the program.

“David is someone who has a wealth of experience and knowledge he can contribute to the ABPA, not only because he has played at a high level, but he also has the professional and personal skillsets to enable him to establish great relationships with the players,” Holmes said.

“This unique ability and sensibility will enable him to work with them to ensure players can make the most of their time in the game and the services of their Association.”

The Australian Basketball Players’ Association (ABPA) was formed in October 2016 from the previous and separate NBLPA and WNBLPA.

The APBA’s objective is to grow the game of basketball to improve the conditions for the players’ and position the players as genuine partners in shaping the future of Australian. The Players’ Association Board is composed of prominent past players and industry experts in administration and finance, including Chairman Greg O’Neill, Deputy Chairman Mark Cowan, and Directors Andrew Bogut, Dave Andersen, Laura Hodges and Bert Bargeus, and CEO Jacob Holmes.

Since its establishment, the Players’ Association has been instrumental in securing improved conditions and wages for basketballers playing in our National Leagues, and national teams the Opals and the Boomers. The ABPA has also established the ABPA Player Development Program, which provides services including work experience, education, financial and mental health support.