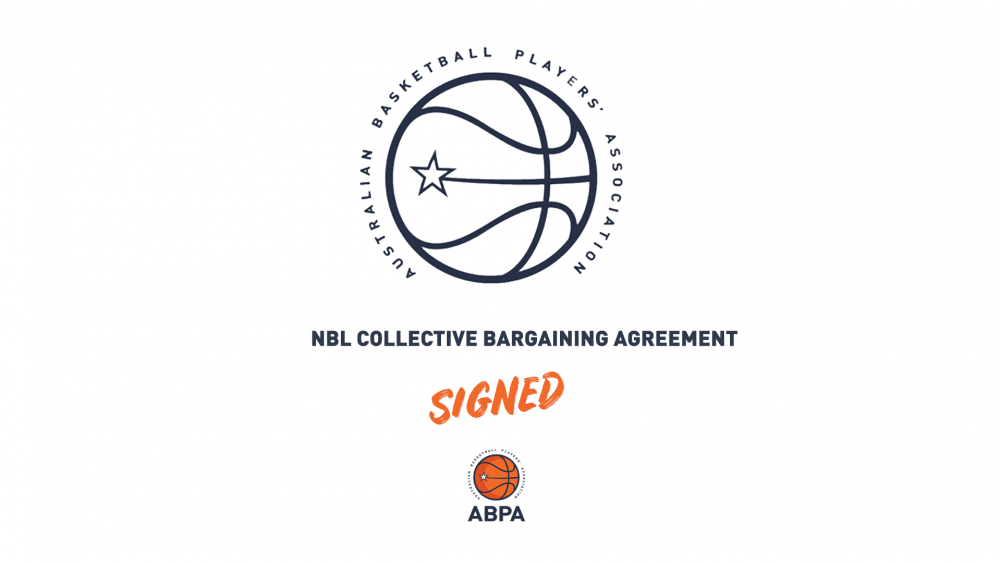 The National Basketball League (NBL) and the Australian Basketball Players’ Association (ABPA) will deliver the most professional conditions in the League’s history under a new Collective Bargaining Agreement.

Minimum salaries will significantly increase and investment in player welfare and development will be doubled under the three-year agreement. Under the deal:

NBL Chief Executive Jeremy Loeliger said: “This is a landmark agreement that recognises the NBL’s status as one of the premier leagues in the world and acknowledge the players as a fundamental stakeholder and partner in the growth and ongoing success of the competition.

“The League’s and the players’ fortunes are linked.  Neither can grow and flourish here in Australia without the other also being successful.  Importantly this agreement reflects that we need to invest in growth on and off the court to ensure the most important part of our game – the players – are supported both as athletes and as people.

“There’s never been a more exciting time for the NBL and Australian basketball and I want to thank every player and the Players’ Association for their ongoing commitment to build a better and more professional product for our fans and a legacy for generations to come.”

Players’ Association CEO Jacob Holmes said: “This agreement absolutely establishes the best conditions that we have seen in the history of the NBL and is a direct result of the collective and aligned purpose the players and the NBL shared during these negotiations.

“The increases to minimum wage, injury insurance and investment in the ABPA Player Development Program are vital to the players’ lives on and off the court and this positive outcome is a result of the players’ and the NBL’s ambition to create the most professional environment possible.

“This agreement is also significant given the series of games against the USA in Melbourne in August this year, ahead of the Basketball World Cup in China and the 2020 Olympics in Tokyo; the future crop of Australian Boomers now have a solid base in our National competition to springboard from.”

ABPA Director Andrew Bogut, who will return from the NBA next season to feature in his second season with the Sydney Kings, welcomed the significant increase in professionalism across the competition.

“The players met regularly throughout the pre-season and season to discuss our key priorities for the NBL and the overarching theme was to ensure we delivered the most professional conditions possible for players,” Bogut said.

“This agreement delivers upon that priority, ensuring players are supported during and after their NBL careers. It reflects the NBL’s status as a world class league and athletes being recognised accordingly.”

The Australian Basketball Players’ Association (ABPA) was formed in October 2016 from the previous and separate NBLPA and WNBLPA.

The APBA’s objective is to grow the game of basketball to improve the conditions for the players’ and position the players as genuine partners in shaping the future of Australian. The ABPA’s Board is composed of prominent past players and industry experts in administration and finance, including Chairman Greg O’Neill, Deputy Chairman Mark Cowan, and Directors Andrew Bogut, Dave Andersen, Laura Hodges and Bert Bargeus, and CEO Jacob Holmes.

Since its establishment, the ABPA has been instrumental in securing improved conditions and wages for basketballers playing in our National Leagues, and national teams the Opals and the Boomers. The ABPA has also established the Player Development Program, which provides services including work experience, education, financial and mental health support.